CHICAGOwas performed from August 11 to 19 in the Ringwood Secondary College Hall. For the third year running, the seven-performance season was fully sold out!

See below for photograph highlights of the performances.

Thank you to photographers John Nichol (who has taken shots of the cast for approx. 8 years)
Peter King from Burst Creative, Gary Smith from Tr8photography and Fiona Cooke for her backstage photography

Click the logo to the right to see the cast. 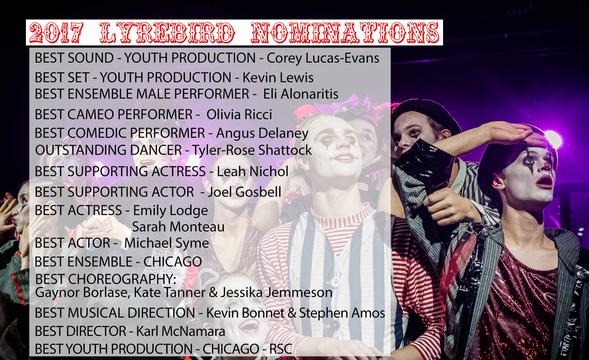 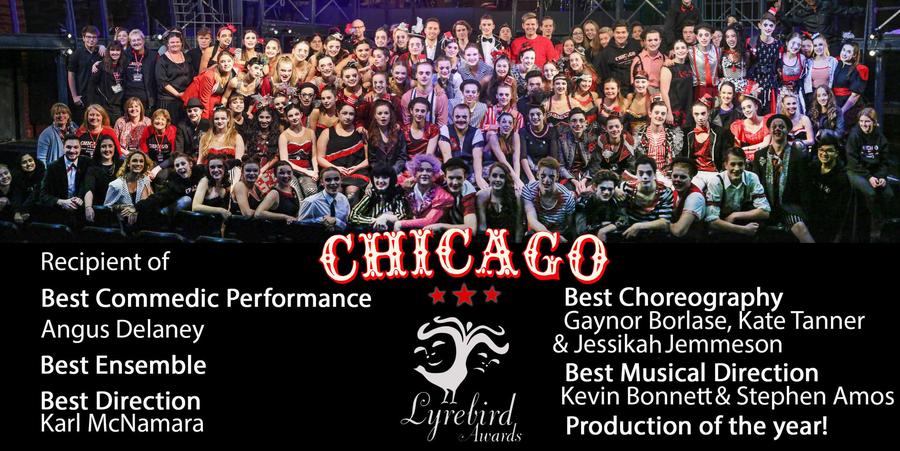